We are excited to announce that Stanford University will host Open edX Con 2016! 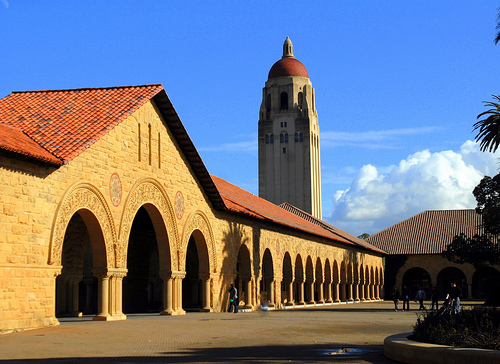 This year, we’ll be moving away from the bucolic New England autumn to a beautiful Bay Area summer for 2016’s conference, Open edX Con: Education Shared.

Stanford has been a supporter of the Open edX initiative since day zero. The Stanford team was instrumental in the open-source release of the Open edX platform, and continues to contribute their code, effort, and enthusiasm to the project.

Stanford is easily accessible by Caltrain, part of the Bay Area public transportation network, using a connector service from either airport (SFO to BART to Caltrain, or SJC to VTA Flyer to Caltrain).

We are in the process of reserving a block of rooms at a local hotel and we’ll send out information about that shortly. In the mean time, you can get an idea of lodging options on Stanford’s website.

Why make the move from October to June? This time of year allows for more space and flexibility on campus. We also hope that moving to the summer means more of our academic community will be able to attend.

For more information about where to stay during Open edX Con 2016, read the conference hotel page.

About the Open edX Project

The Open edX platform is a leading online teaching and learning platform, powering edX.org and education initiatives from institutions (including the Indian Institute of Technology, Peking University, and Stanford University), and country partners (including France, via France Universite Numerique, and Russia, at openedu.ru). It is made, run, and supported by a global community, and used by more than 11 million learners.

Shaping the Future of Education Together