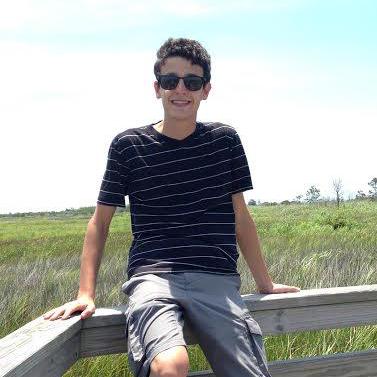 I’m Kyle McCormick, a rising sophomore at Worcester Polytechnic Institute, and I just finished an 11-week summer internship on edX’s Mobile team. During my time on the team, I focused primarily on performance-related backend work. In this post, I’m going to be talking about one of the two projects on which I spent the most time.

One of the first issues I took on was to figure out why calls to our team’s User Course Enrollment API endpoint, which is used to display the main screen in our mobile app, was taking over a second to respond. The endpoint simply returns a list of courses in which a user is enrolled, along with some basic course metadata (name, university, start date, etc.), so it was surprising that it was taking more than a few hundred milliseconds. I started my investigation by walking through the code that computed the enrollment list, using pyinstrument to do profiling.

One of the first things that I noticed was that for each course enrollment, metadata for the course was being loaded from MongoDB three separate times (twice in calls to enrollment.course and once during serialization) and it was not being cached between calls to the endpoint. I had a suspicion that this was the cause of the endpoint’s performance problems, which I confirmed using NewRelic’s “X-Ray Tracing” tool.

As you can see from the trace shown above, the function modulestore/mixed.py.get_course, which loads courseware from MongoDB, was consuming 90% of the response time. This implied that there were two ways to optimize the endpoint: make get_course faster, or minimize the number of calls to it by caching the data returned by get_course. While the former is certainly something that needs to be done, it is a task that requires major changes to core platform code. Since a caching solution is simpler to implement – it’s just a layer over the get_course call –  I opted to pursue the latter solution. Additionally, because caching works between requests, it is an improvement that has benefits even if get_course is optimized.

I updated the mobile User Course Enrollment API endpoint to use this caching system (PR #8484), and performed load testing using Locust.io to confirm that there was a performance improvement. By looking at production data on NewRelic around the time the updated code was released, the performance impact is strikingly apparent. 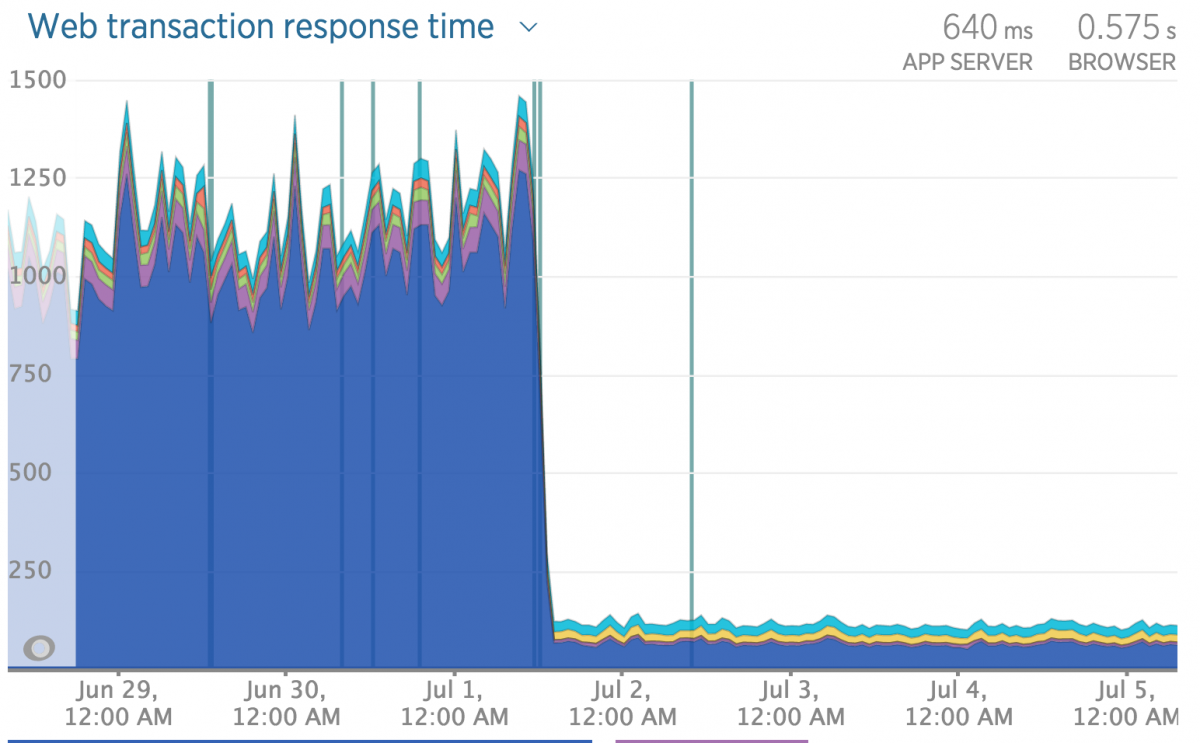 Because it requires a similar set of metadata, I also updated the web student dashboard to use the metadata caching system (PR #8642), which resulted in a less-dramatic but still significant response time reduction.

In addition to these two use cases, the caching system can be taken advantage of in any scenario where basic, user-agnostic course metadata is required. For example, another edX employee recently updated our general Enrollment API to use CourseOverviews instead of calling get_course (PR #8927), resulting in a 10x decrease in the 95th percentile response time for the EnrollmentListView endpoint.

As my fellow intern Ben mentioned in his blog post, the edX internship program really shines in how it embeds its interns into real software engineering teams, treating them like full-time employees and giving them impactful projects to work on. Having never before worked on a project of this scale and number of contributors, I learned an incredible amount. Although my tenure here has come to an end, I hope to stay involved in the awesome Open edX community. Finally, I’d like to thank Nimisha, Chris, Kishore, Adam, Dave, and the rest of the edX team for an incomparable internship experience!

Announcing CourseGraph, a new tool in the Maple release