Access to Open edX courses via mobile devices is key to the growth of the Open edX platform. Much of the world is “mobile first”, or, accessing the web primarily or exclusively via smartphone. It is estimated that upwards of 88% of phone usage is spent within mobile apps, not in a web browser. Thus, we’re pleased to announce a number of improvements made in both the Android and iOS native app experiences since the last release, Lilac.

Apps can now use the WordCloud XBlock natively. This block allows learners to submit words or phrases and collects those responses into a “cloud” of words.

Note in this screenshot we see the zoomed out view; learners have the ability to zoom in on the word cloud to see the words clearly.

Additionally, the LTI Consumer XBlock is now supported natively in the iOS and Android apps.

Course dates are now able to be synced with a user’s default calendar app. The functionality is added to the course’s “Important Dates” page as a toggle switch:

When turning on the functionality, the Open edX mobile app must request user permission for access to their calendar. Note that adding the course calendar does not automatically sync the calendar if the user uses the “shift dates” feature to shift course due dates.

In this case, if a user shifts their due dates within the mobile app or on the web, the app detects this and gives the user a prompt asking if the user would like to update the dates (or remove the calendar). The alert looks similar to this:

A confirmation banner on the bottom of the screen shows to confirm the user’s choice. 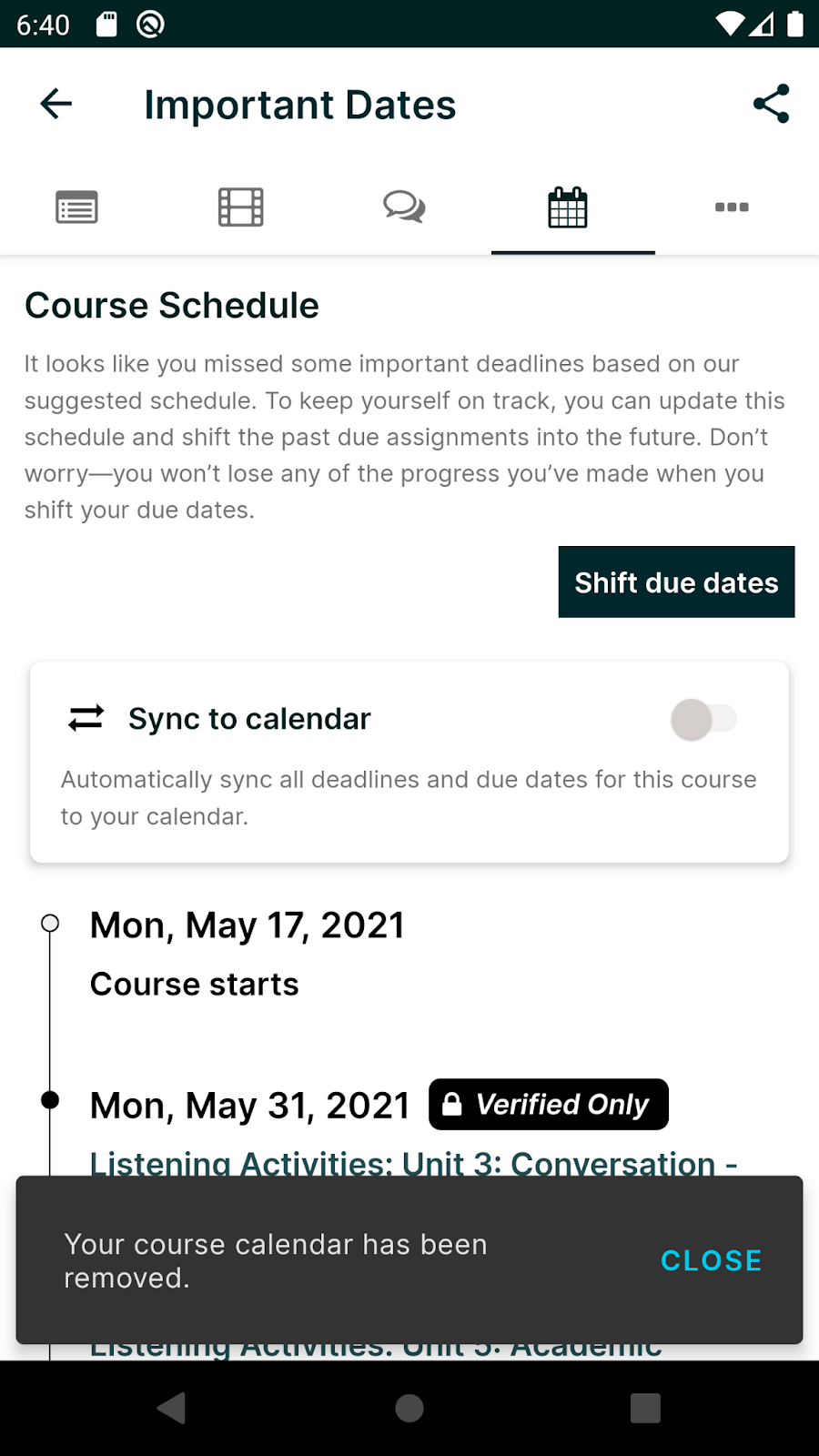 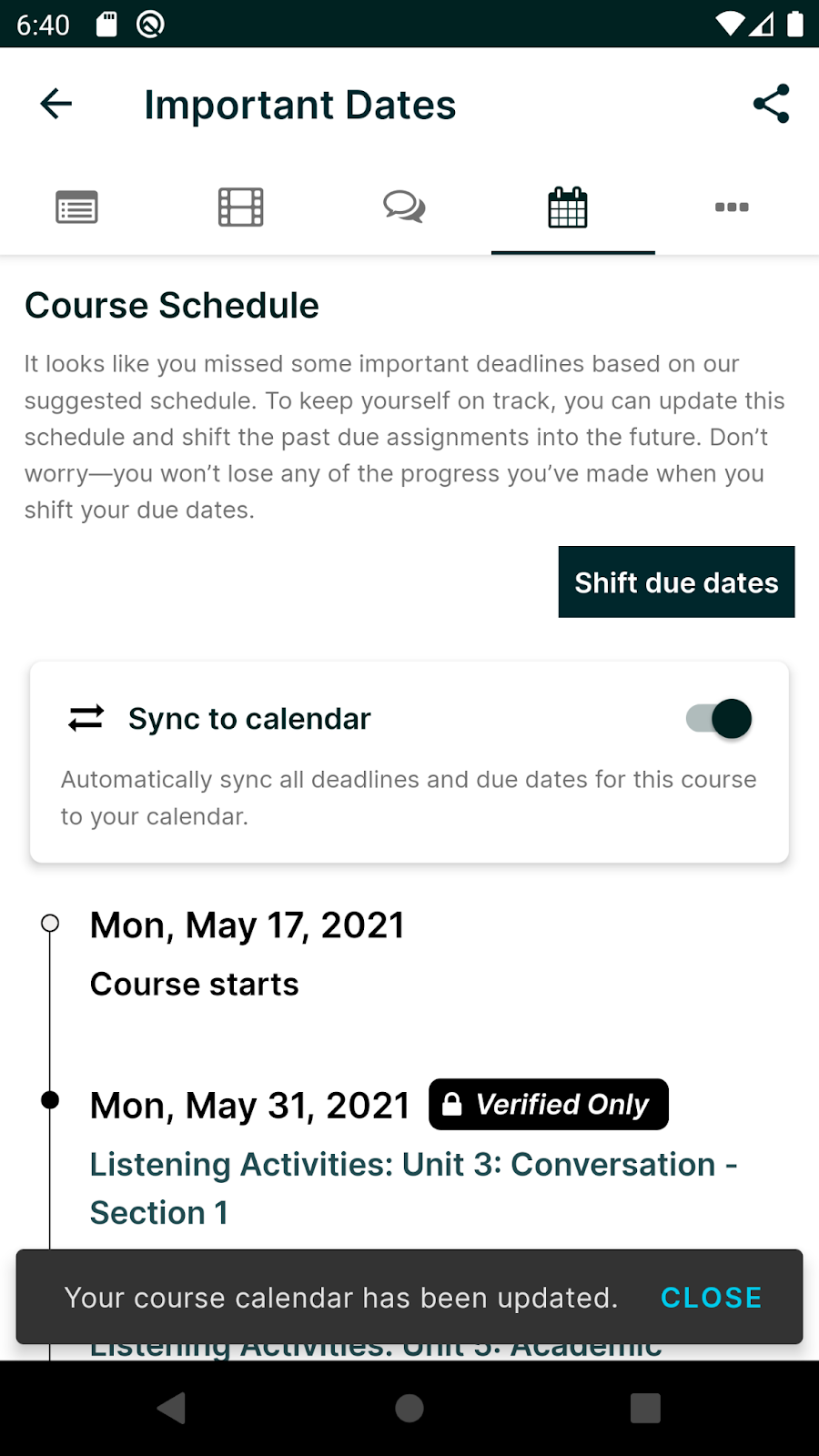 A small feature that’s made it into the app is the ability to detect iframe content within the HTML block, and give the user the option to view the iframe content in the mobile browser. The reason for this is that iframe content often renders better in a browser.

Thanks to the Mobile team at edX for these updates.

Announcing CourseGraph, a new tool in the Maple release